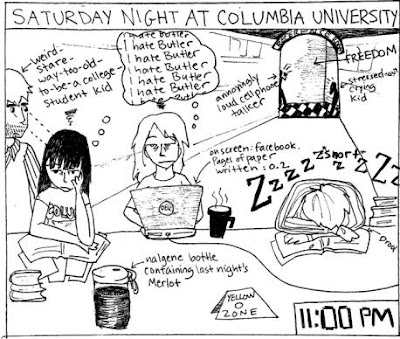 If you're wondering whether my draftsmanship has gotten worse, it has.

Answer: (maybe) all of the above.
Posted by Julia Alekseyeva at 12:43 AM No comments: 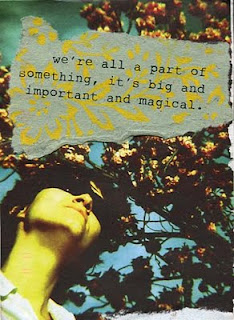 Got another poem published, check it out here:

The site is newly sprung, and has a pretty interesting "study abroad"-themed concept. Not the best of my poems, though, but at least it's something. It's also the first poem I happened to write about Paris (I've only written three so far). I'll never forgive the Russophone spelling of my first name though. A curse upon their house.

Currently: procrastinating by compiling my 1o-poem manuscript for my workshop. Realized that my poems have, as of late (or at least as of August) been mostly bizarre and slightly horrific, not to mention melodramatic, and thus realized that I shouldn't really dedicate such a frightening manuscript to anyone I love, really...

So, thus, torn.
Posted by Julia Alekseyeva at 11:53 PM No comments:

Frailty, thy name is Hamlet? (or Julia)

So. Normally I would never DREAM of posting my homework on my blog. Under any circumstances. In a million years. But before you skip ahead without reading, the assignment-- given by my holy-of-holies Shakespeare prof Shapiro-- was to write a theatre review of a Shakespeare play, and this blog really is about reviews... at least partly (maybe not as of late, but you know, school). Also I am actually mildly proud of this 600-worder, so I figure I'd spread the love (or lack of love). I'm a tough critic sometimes.

Another part of our assignment was to create a funny title. Funniest title gets an automatic A. After 5 hours of pondering a title, and 2 hours (max) or writing the damn review, mine doesn't even get a chuckle. Maybe a mild eyebrow raise. Such is life.

Now on to the Jude Law Hamlet: now, on Broadway! 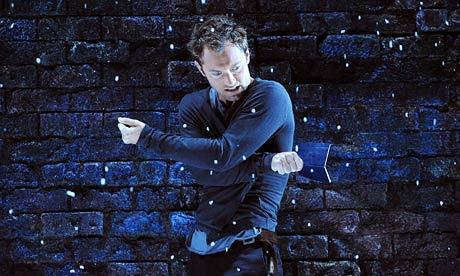 The curtain opens; Jude Law as Hamlet crouches on the ground. The stage is stark and dim, stony like the interior of a cathedral. After heaving a sigh, the tortured hero rises and exits the stage. This brief introduction was not actually present in the text, and was the only major alteration of William Shakespeare’s Hamlet in the entire production. The remainder was disappointingly exact and altogether too normal for what is, underneath it all, a deeply disturbing play.

Michael Grandage’s Hamlet, seen on November 12, 2009, could easily be called Shakespeare-for-the-masses; located at the Broadhurst Theatre in the middle of , and settled rather comfortably between two mediocre Broadway productions, Hamlet seems a strange choice for a theatre that once produced Les Misérables. Hamlet receives its star quality from Hollywood-darling Jude Law. Law, however, proved a spectacular fit for this traditional interpretation of the melancholy Danish prince—so much so that he seemed to drown the other actors under the weight of his persona. When Law first speaks in Act 1, Scene 2, one heard a veritable hush.

Generally, however, the acting was highly unbalanced. Law had great force, and his only other thespian equal was Polonius, played by Ron Cook. Here Grandage interpreted Polonius as a clownish buffoon and the set-up for many jokes made by the intellectually superior Hamlet. Cook’s nasal voice, as well as his strange habit of waddling around the stage, gave him the aura of a penguin. Cook’s comic charisma was well matched with Law’s emphatic delivery, but it also left the other actors in the dust. Claudius, interpreted by Kevin McNally, was a particularly disappointing choice, seeming more grandfatherly than sinister. Most unfortunate was Ophelia, who seemed to straddle the line between dullness and extreme overacting. Grandage’s spin on Ophelia transformed her from the meek, relatively uninteresting beauty of Shakespeare’s work to some sort of post-industrial feminist, with far more agency and enthusiasm than is necessary. Ophelia became catty and brash; after her turn towards madness in the fourth act, she sings her lines instead of speaking them—an odd twist, and by far the most interesting moment in her characterization (sadly, even this was not particularly interesting).

Although Grandage did give a slightly different spin on Ophelia and Polonius, the rest of the play, including set design, seemed too comfortably traditional. The set was minimal: a gray floor emulating stone, a similar wall, and a great wooden dungeon-like door in the middle. Oftentimes an ominous light would pass through two symmetrically-placed windows on the wall, usually implying that a soliloquy was to come. This gave Grandage’s Hamlet a quasi-romantic feel. The comparison made earlier with a cathedral, and the theatre’s previous Les Misérables production, was not arbitrary: it looked like something straight out of a Hugo novel. When the brooding Hamlet shuffles onto the stage his back is arched like Quasimodo’s.

Most interesting, however, was the loud humming noise before each scene, reminiscent of the X-files. Although this noise was at times overdramatic, one couldn’t help but want it even louder. Hamlet is a deeply uncomfortable play, and Grandage seemed to fear any deviation from the norm. The costumes were modern-day and unassuming; when characters were “mad” they didn’t wear shoes—a highly conventional theatrical trope. Coupled with the play’s extreme length—over three hours long, with not a scene cut—one couldn’t help but yawn. Even Freud wrote about Hamlet’s Oedipal quality over a hundred years ago; surely audiences have progressed to be more accepting of strangeness. We leave the play mildly satisfied—there were indeed beautiful things, such as the gentle fall of snow during the “To be, or not to be” soliloquy—but nonetheless desire something far more creative than the banal interpretation presented.

Posted by Julia Alekseyeva at 12:20 AM No comments:

Comics, as of late 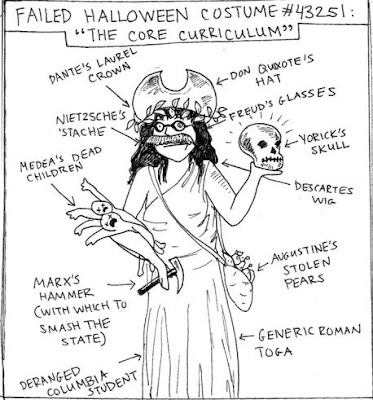 (Idea stolen from the lovely Nikitha) 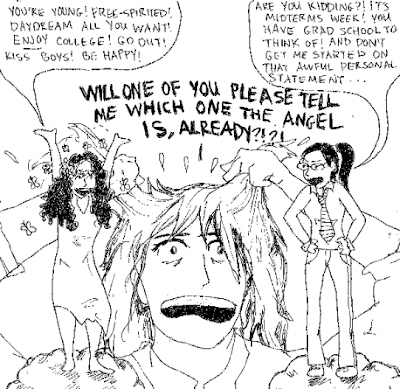 The pixel quality of the latest comics is so bad that I was loath to post them until now. Oh well. Also haven't had much time to do anything but awfully hedonistic things as of late, + studying, so no blog posts. Perhaps I am finally replacing the internet world with actual, physical reality? Yikes!
Posted by Julia Alekseyeva at 10:00 AM No comments: